Not only known as the most livable city in Vietnam, but Da Nang is also called the city of bridges.

Going through the length of the city, you will see many impressive bridges crossing the Han River.

In this article, we will introduce you to the 6 beautiful bridges of this city.

Golden Bridge has emerged in the travel fans for the last few years. The Golden Bridge takes a lot of space on social media networks.

Most guests coming to Da Nang want to visit this unique bridge at the top of the mountains. It looks like beautiful yellow silk in the cloud.

The Golden Bridge was built at an altitude of 1,400 meters above sea level, located in the Ba Na tourist area.

The bridge has nearly 149 meters in length and is divided into 8 spans. The longest span is about 21m long, and the bridge deck is 3m wide.

The name of Golden Bridge comes from the gold-plated stainless steel railing. Under the sunlight, the handrail becomes more twinkle.

Amid the green mountain forest at Ba Na Hills, the bridge was built like a heavenly gate entering a paradise.

If you have a chance to come there at the moment dawn appeared in the distance, the bridge hides in the morning mist and appears in the beautiful sun.

The two giant hands supporting the bridge are an impressive highlight for the architecture of the Golden Bridge in Da Nang. So, many people also call this one “the Hand Bridge”.

The locals recognize that the mountain god gives his hands to embrace the way leading to heaven.

Surely you will not miss this bridge when visiting Ba Na Hills to explore its charm.

Dragon Bridge is one of the symbols of Da Nang. With the mighty appearance of a dragon in the Ly dynasty (11th to 13th centuries), Dragon Bridge has an architectural work of classical style, but with a modern interior texture.

The dragon tail of the bridge imitates a lotus flower. Its body undulating shows a ready posture to reach out into the ocean and curves along the whole bridge.

Typically, there are about 1,500 LEDs to light the bridge at night.

On weekends or holidays, such as Tet – Vietnamese lunar new year, plenty of people come to the bridge to admire the Dragon Bridge spitting water and fire. The dragon will spray fire 18 times and water 3 times, creating special performances.

If you have the opportunity to visit Danang, remember to range your time to take pictures of this city symbol.

Han River Bridge is the first most modern one, crossing the Han River. Perhaps because of this reason, this bridge has the name of the famous river of Da Nang.

Up to now, the Han River Bridge is considered the largest and only rotating bridge in Vietnam.

The bridge was built with a length of nearly 500 meters, and its width reaches 12.9 meters, including 11 spans. Each span is divided into 33 meters, connecting two major roads: Pham Van Dong and Le Duan.

The bridge crane is also equipped with LED lights that light up in the evening. Looking from a distance, the bridge shimmers under the sparkling river surface.

If the Dragon Bridge attracts tourists because it can spray water and fire, the Han River Bridge has a unique feature that can rotate at an angle of 90 degrees, opening up a large way to allow big boats to pass.

The rotation time of the bridge is known to be between 0:30 and 1:00 am. On weekends or public holidays, the bridge can turn earlier to give residents and visitors a chance to admire the scenery.

In the evening, it is interesting to walk on the Han River Bridge to admire the scenery of the river and city, and enjoy the cool air, which can make your soul feel so light and relaxed. Do not miss this interesting activity in Da Nang City!

There are two Tran Thi Ly bridges near each other, crossing the Han River.

The old one was built by the French, originally named De Lattre De Tasigny. After the victory over French colonialism, the bridge was renamed Trinh Minh The.

After 1975, Vietnam got reunification, and Da Nang city renamed the bridge to Tran Thi Ly to commemorate the merits of the brave and resilient revolutionary activist.

This old bridge has gone through the years of war bombing, becoming a witness to Da Nang’s history and being one of the historical symbols of this place.

By 2009, the city started building another bridge next to the old one, also called Tran Thi Ly Bridge, which opened in 2013.

Both the bridges are very attractive. While the old has a classic style, the new owns a unique shape of sail because of the cable-stayed system.

With a length of 1,850m, Thuan Phuoc Bridge is the list of the longest suspension rope bridges in Vietnam.

Many people think this bridge is the golden gate in Da Nang because it looks like a giant gate.

As one of the beautiful night spots in Da Nang, Thuan Phuoc bridge lights up a whole stretch of river when night falls , giving the city a brilliant modern beauty of colored lights.

The hustle of the cars passing on the bridge makes people feel the lively life of the modern city of Da Nang.

Not a bridge built to serve the traveling needs of people, this love bridge is a walking bridge on the Han River.

The love bridge is on the east bank of the Han River, right at the foot of the Dragon Bridge and Da Nang Sea Lion statue.

Impressively, this bridge has nice decoration attracting a lot of young people, and they come here more and more, and change it into a loving place to lock their love lock. So, people call it the love bridge.

Heart-shaped lights turn on in the evenings, creating a romantic atmosphere for the dating couple.

Holding hands, walking on the bridge, breathing the fresh air will be an exciting activity for plenty of couples when traveling to Danang City.

Sometimes, many couples carve their names on the locks and hang them on the bridge. Then throw the key into the Han River. With hope, their love will be long and lasting.

Nobody knows if that is true, but looking at a large number of locks on the bridge, we know that so many couples hope for forever love, right?

Da Nang not only has a blue sea and white sand, Son Tra peninsula full of green trees, religious temples such as Linh Ung Pagoda, but also has beautiful modern bridges.

If you have a chance to visit this beach city in Vietnam, please range your time to visit these bridges to get good memories of Da Nang. 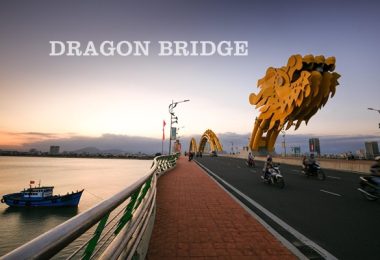 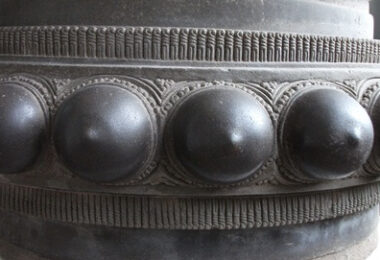 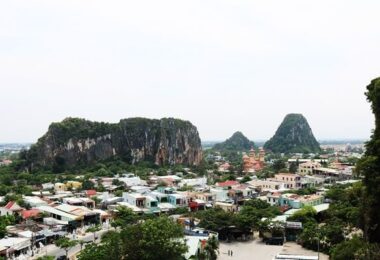 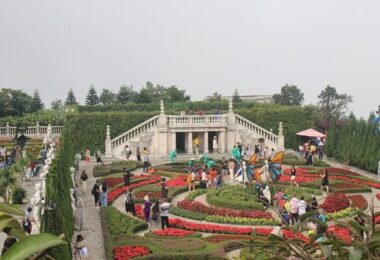