Hue Flavor is the first street food tour in Hue, and voted by hundreds of guests.

Created and managed the quality of the tour by 14-year experience guide.

Not only food to taste but also real experience to explore the daily life and how the city is.

“It’s good, and busy with tour groups, but for the real deal — as the locals have always eaten it — you have to go ‘poor but luxurious,’ as the local mantra dictates.”  Robert Reid.

Hue, the capital of Vietnam during the Nguyen King (1802-1945), appeals to most tourists for the romantic river and the historical culture sites.  But, “All too often those who do come often miss its greatest attraction – not the royal tombs in the hills up the Perfume River, or the bomb-blasted Citadel in town, but the food”, Robert Reid, a famous guidebook writer, said. 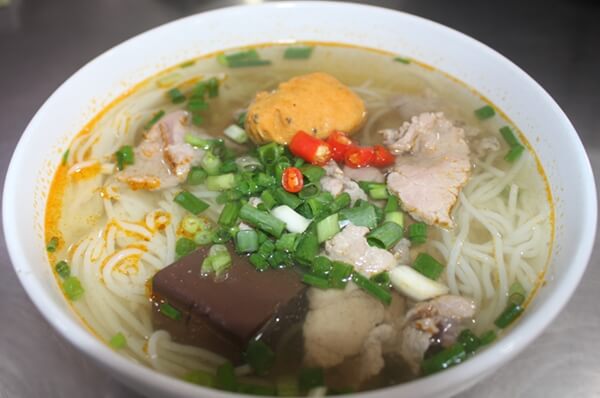 In fact, from the north to the south of Vietnam, there are thousands of local dishes. According to searches, 1700 dishes have been found; including: 1400 local dishes in Hue Vietnam. This is a good reason for Hue city to attract travelers who like to explore Hue cuisine as well as Vietnamese food.

“In the middle of the country, centered in the ancient imperial city of Hue, is a cuisine with a history of sophisticated and complex specialties including pork sausages and fancy rice cakes. Of the regional cuisines, it most reflects Western influences”, written by Correspondent Carolyn O’Neil on CNN Travel Now.

“Also, use your eyes.”Anything that looks good to you that’s hot and steaming and has been really cooked, you’re in good shape. And much of the culture, it’s noodles coming out of boiling water, it’s things coming off the grill — all of the grilled items are sliced very thin and so they’re cooked all the way through, so you’re going to be fine with a lot of these items,” Drescher advises” on CNN.

Now is the time for you to start exploring Hue cuisine to gain your own experiences about street food in Hue Vietnam as well as Vietnamese cuisine. 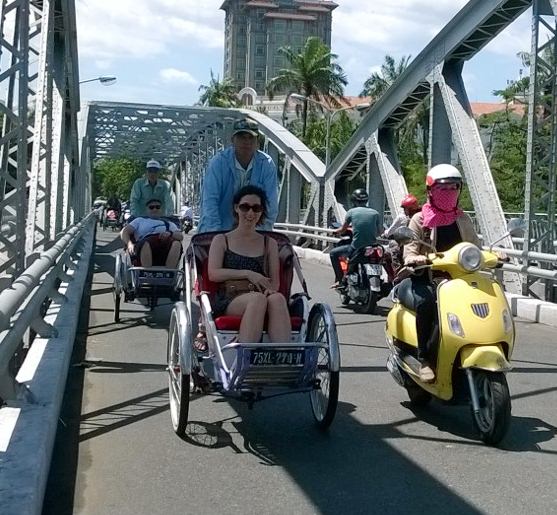 The tour is designed and operated by an over 14-year experienced guide who likes to eat the street food and wants to share the local flavor with you. You will taste selected local dishes and get an real experience around the city with us.

see details and book it